​​​​​​​Our 10th Annual Mutt Strut Pet Cancer Awareness Walk is all about raising awareness and funds for pets like Cora. 2020 has been an uncertain and difficult year for all of us, but cancer does not wait. Your gift will give families like Cora’s hope and options during a scary diagnosis. While many of us are home and enjoying extra moments with our pets, you can give the gift of time to a family in need. 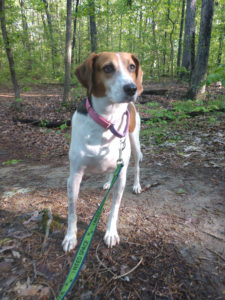 Cora spent the first 2 years of her life in a hunt club where she was mistreated and abused. After ending up in the pound, she was rescued by BARK, where she would go on to live for 2 years. She cowered in the corner of her kennel – trembling, tail tucked, head down – and refused to eat. Adopters overlooked her, opting for other dogs. One person adopted her but returned her less than a month later. She seemed to have given up.

“My heart dropped when I read her story online,” says Amy, Cora’s mom. “I knew I could be her miracle and give her a chance at a new life.” At the time, Amy was depressed and, like Cora, felt like she wanted to shut down. “Cora didn’t really seem that much different than me.” Cora and Amy leaned on each other. Amy patiently worked with Cora to make her feel safe, loved, and cared for. In turn, Cora gave Amy love and support when she needed it.

Early this year, Amy felt enlarged lymph nodes in Cora’s cheek. They immediately went to the vet, where they confirmed Amy’s worst fears: Cora had high grade large cell malignant lymphoma. Amy knew they had to fight. “I called last summer her ‘first summer of freedom’,” she said. “My heart can’t accept that that could be her last.” 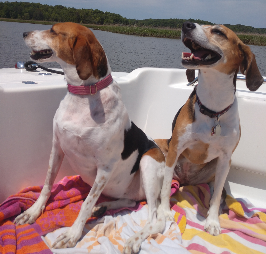 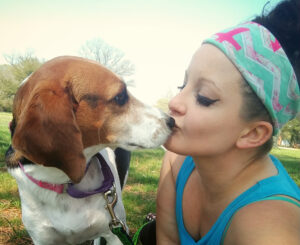 CORA IS OFFICIALLY IN REMISSION!

To help give more pets and families a chance at a happy ending, please explore the opportunities to give to FETCH a Cure below. Thank you so much for supporting our lifesaving work.

Register to Walk at the Mutt Strut

“When I adopted her, I told her that I would never give up on her and will do whatever it takes to give her the best life she could dream of. Thank you all for helping me keep my promise to her!”