RedRidge Pet Market is kind enough to provide a high-quality, all natural food to the Pen Pals dogs at cost, which allows for a healthier, happier group of pups! They also offer a lifetime 5% discount on food at their store for all Pen Pals adopters. Thank you, RedRidge for all that you do to support FETCH!

Kasey Herrera from 2SpeakDog leads the handlers at Fluvanna Correctional Center for Women. As part of her commitment to making sure our Pen Pals pups and their new families thrive together, Kasey offers continued training and private lessons for our Pen Pals adopters. 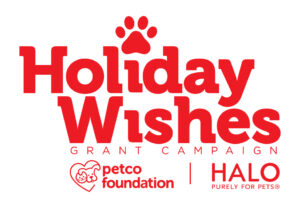 Pixie’s Pen Pals was one of only 33 rescues nationwide to win the Petco Foundation’s Holiday Wishes grant in 2015. Beth Orman’s touching story of adopting Brooklyn can was covered by WRIC-8’s Amy Lacey and can be found here and here.

Pixie’s Pen Pals won an operating grant from the Pedigree Foundation in 2015.