ADOPTIONS ON HOLD UNTIL FURTHER NOTICE

Due to COVID-19, the Pixie’s Pen Pals program is currently on hold. The safety and well-being of our program’s trainers, inmate handlers, and the Department of Corrections staff is our top priority. In the meantime, the handlers at our partnering correctional facilities will stay busy providing training and lots of love for the dogs currently in our program. We know these pups will be eager to go to their forever homes once the dust settles. If you have questions, please do not hesitate to reach out to info@fetchacure.com. Thank you so much for your continued support during this difficult time.

Enriching the lives of dogs, inmates, and adopters… 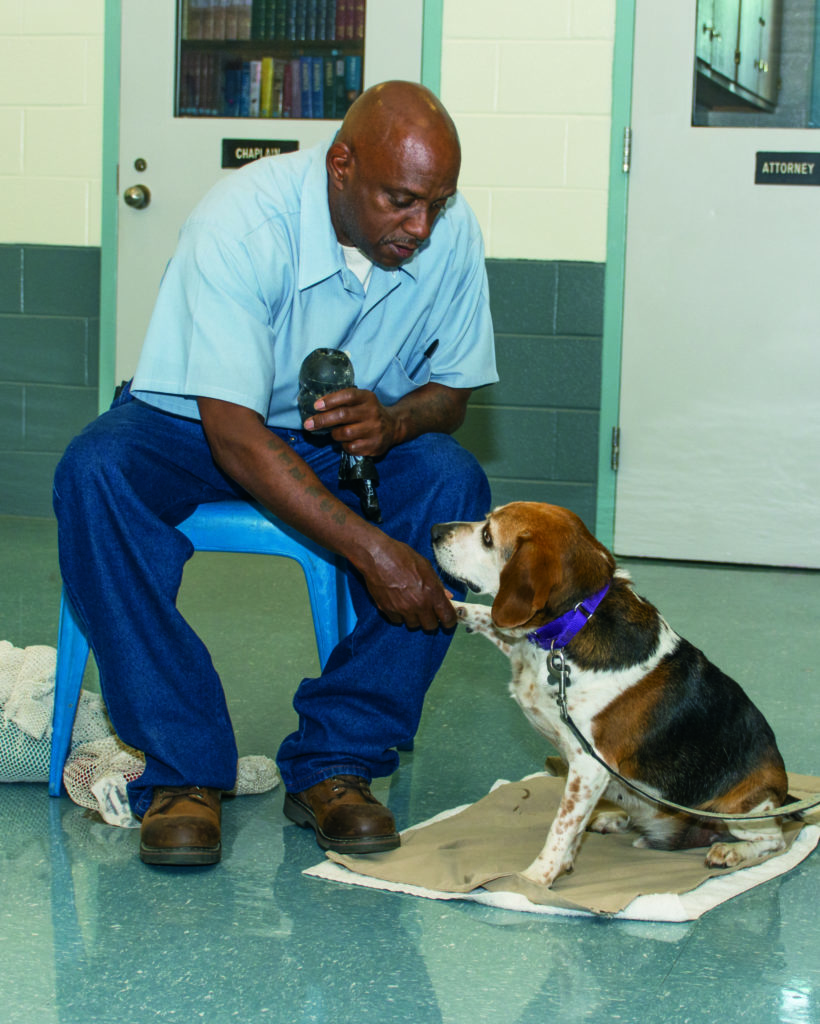 Through a partnership with the Virginia Department of Corrections, FETCH A Cure’s Pixie’s Pen Pals pairs inmates at Virginia correctional centers with homeless dogs from Virginia animal shelters. With the guidance and instruction from two professional dog trainers, the inmate handlers work to socialize and train the rescue dogs to prepare the dogs for adoption. The Pen Pals program not only lowers the rate of euthanasia in Virginia’s city animal shelters, but also provides life skills to inmates. We transfer in an average of 60 dogs from Southside SPCA and Richmond Animal Care and Control who are trained and placed into loving homes.

The Pen Pals program promotes inmate rehabilitation while increasing positive communication and interaction between correctional center staff and the rest of the inmate population.  Inmate handlers learn viable job skills and some have gone on to become professional dog trainers following their release. By working cooperatively to help the animals, the inmates learn responsibility, patience, and emotional confidence. Every time a dog leaves the program to go to its new home, the inmate handler feels a sense of accomplishment and pride that they have given back to their community in a positive manner, leaving a smile on both ends of the leash. 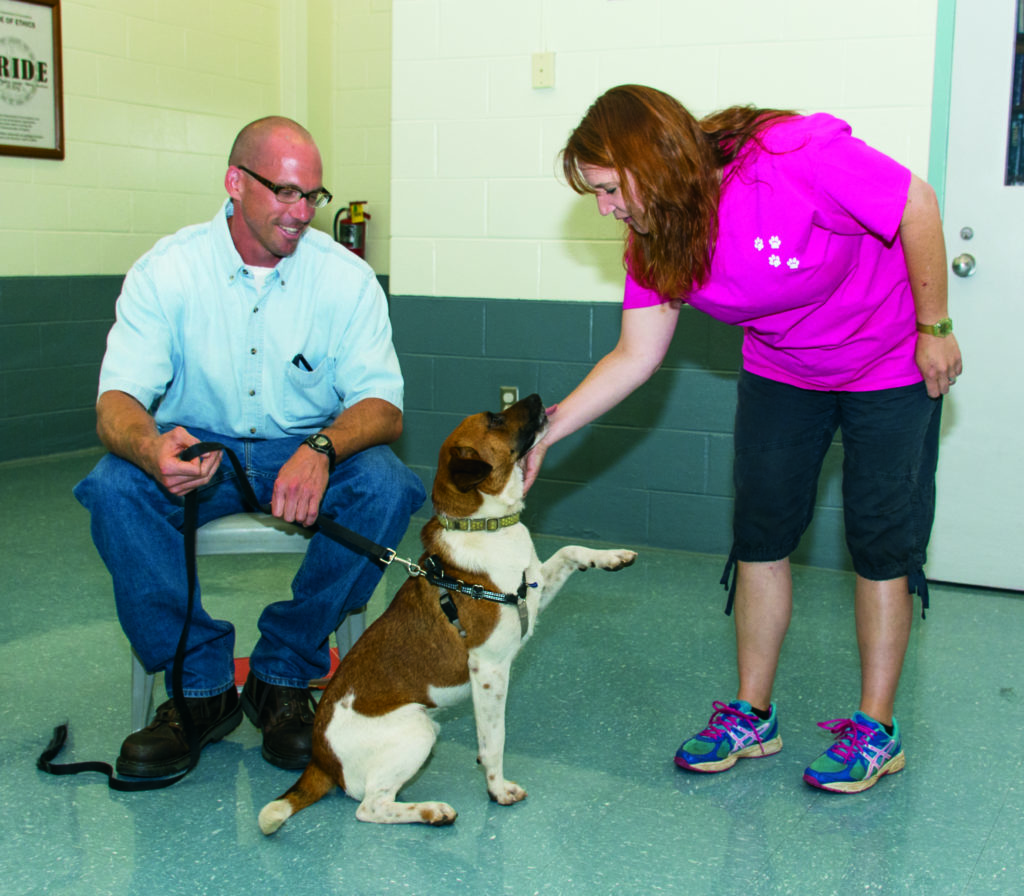 Our professional trainers, Kasey Herrera and Katie Locks, devote their time (and sometimes their own homes) to our Pen Pals program!  The trainers visit the correctional centers weekly to work with each dog and inmate. The trainers and inmate handlers work collaboratively to think up creative solutions for training dogs in the more restrictive prison environment.  With Kasey and Katie’s ongoing involvement in the Pen Pals dogs’ lives, we are also able to offer behavioral support after adoption. Our trainers often stay in touch with handlers who have been released and gone on to have careers in pet care and training.

Pixie’s Pen Pals is a program of the former Save Our Shelters. FETCH was chosen to run this program after the Save Our Shelters organization dissolved in 2010. The program continues on with FETCH a Cure, in honor of Pixie Williams, former director of the Save Our Shelters Pen Pals program. Pixie lost her battle to cancer in 2009. She was a strong advocate for animal welfare – first as an SOS volunteer, later as a board member, and then as president. In the last year of her life, Pixie served as the Director of Save Our Shelter’s Pen Pals program. Not only did Pixie have a passion for animals, she was a strong advocate for spay and neuter, as well as for the adoption of abandoned dogs and cats. We are inspired by Pixie and are committed to improving the quality of life for all animals.

Can I adopt a Pen Pals dog?

Yes! All our program dogs are placed into loving homes at the end of their training so that more rescue dogs can be pulled from shelters and placed into our program.

How much does it cost to adopt a Pen Pals dog?

The adoption fee for a Pen Pals dog is $275 for dogs 5 years and under and $175 for dogs 6 years and older. This fee covers spay/neuter, microchipping, vaccinations, heartworm tests/treatment, preventative medicine, and training. When you adopt a dog, you also receive a 5.5 pound bag of Zignature dog food, collar, leash, harness, and a lifetime 5% discount on food from RedRidge Pet Market in Henrico.

Are there any prerequisites for adoption?

We will not adopt a dog out to a household in which a member has been convicted of an animal welfare law violation such as neglect, cruelty, abandonment, et cetera. We require that all other companion animals currently living in the prospective adopter’s household be up to date on vaccinations and spayed or neutered. We do not require adopters to have a fenced in yard; however, we do not allow electrical fences. FETCH a Cure’s Pixie’s Pen Pals reserves the right to refuse any adoption at our discretion.

When can I go into the prison?

Adoption visits are conducted during business hours on weekdays. Please make arrangements to come to the prison within those hours.

What will my dog know?

How can I support your program?

If you are not in a place to adopt a dog right now, you can still support Pen Pals! We are always in need of supplies that can be purchased through our Amazon Wishlist. If you aren’t sure what to buy, monetary donations all go back to support the program.

Lastly, we are always in need of foster homes and volunteer pet taxis to drive the dogs to and from the prison and to their vet appointments!