Give Love; Get Love

The following story is courtesy of Jonathan K., a former Pen Pals handler:

Jonathan entered into the prison system at 18 years old. He came from a broken, drug-infested and criminal home life early on. Jonathan never knew who his father was, and his mother was a heroin addict, prostitute and criminal for years before he was born. Jonathan lived from place to place — in cars and shelters, and was even passed around to multiple family members early on in his life. Jonathan’s mother wou 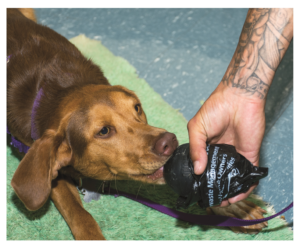 ld occasionally get caught in illegal activities and would spend some time in jail and/or drug rehab.

Jonathan grew up in an environment where he had little to no care, similar to a lot of the dogs that come through the Pen Pals program. Jonathan was left wandering the streets, stealing and selling food stamps to buy cigarettes and candy from the local stores in Petersburg, VA.

Jonathan’s mother died of a heroin overdose when he was just 14 years old. After that, Jonathan ended up being passed around from family member to family member until no one wanted him anymore. At that time, around 16 years old, Jonathan dropped out of school and started working on the streets. Selling drugs and stealing were just a few of the criminal activities Jonathan was involved in, which landed him in prison at the young age of 18.

Early on in Jonathan’s prison life; he stayed in trouble — fighting, gambling and getting involved in all sorts of activities that were against the VA DOC rules. Jonathan was a bottom-dweller immersed in a mindset of anger and resentment for most of his time. Until… he heard of a dog training program coming to JRCC and anyone could sign up; but only the model inmates would be selected.

Jonathan was accepted shortly after the program started. And it wasn’t long before he built an amazing relationship with the program’s dogs. He felt they had so many similarities in their lives, and as they bonded, that’s when a dramatic change truly started to take place — for himself and the dogs he worked with.

Jonathan looked at the success he was having training dogs for adoption, and from there, he started to look within. He realized that if he could make a change for unruly dogs, then why couldn’t he do this for himself? Jonathan was the primary trainer for the 1st few rounds of Pen Pals dogs that came in, but after the 1st successful year, he dropped back into a backup trainer role, because now Jonathan had to work on himself as well. 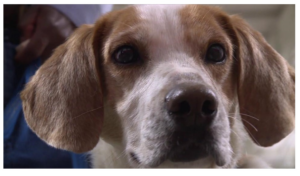 With only 2 years left until his release, and now being 24 years old, Jonathan knew he had to  make a change for his future. Jonathan enrolled into the JRCC Computer Electronics class and continued his work with the Pen Pals program, helping new inmates adjust and teaching the patience and discipline it takes to train dogs.

Jonathan had a new love for life. A new purpose and passion. When Jonathan was released in 2004, times had changed significantly over the past 8 years. Getting a job was hard, adjusting to society was hard. Everyone judged him based on his past. Jonathan went and adopted an old dog from a local shelter. He worked with this dog and trained him, and this gave Jonathan a sense of peace, a sense of being wanted and loved while every door was slammed in his face when applying for jobs. “Give Love; Get Love” was Jonathan’s new motto in life. He would not give up or ever give in because he knew deep down, he was worth something. And if not to anybody else, he knew this dog needed him!

Jonathan finally, 3 years after being released, landed his 1st IT Helpdesk job with a company that decided to give him a chance at life. During that interview, Jonathan was very honest and spoke of the dog training program and how it helped him turn his life around. It taught him to love and be loved. It taught him patience and kindness and that something depended on him to be the best he can be!

As we now shuffle into 2018, what ever happened to Jonathan? How did he fair in the real world of bills, work, family and society?

Jonathan took that helpdesk opportunity and never looked back. Now Jonathan is the Global Director of Digital Technology Solutions for one of the biggest IT & Engineering companies in the world. Jonathan has been married now for 9 years and has 4 beautiful daughters and identical twin boys. He still works with dogs in his spare time and his family are huge dog lovers… and cats, and squirrels, and just about any animal you can think of!