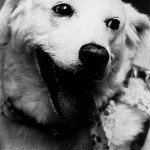 Thinking back on it all, I would have to say, that the realization that Kyla had cancer, and not just any cancer but Stage III Lymphoma, was to say the least, quite a shock. It was not that I didn’t believe the doctor; it was that I couldn’t believe I had missed all the warning signs. I felt as though, as her protector, I should have seen it coming. For weeks, maybe months, I would notice odd things occurring to Kyla. Because she was in pretty good health at the time it was easier to dismiss these things as not related. She has Cushings disease which is well controlled, some benign bladder tumors removed and some joint issues, but, by and large, still relatively healthy in my eyes. So with these oddities that were occurring, the lumps, the excess shedding and the excessive panting, my brain didn’t make the connection. I knew that some round lumps were just fat and not a problem and perhaps that is why I let things go for so long. It got to the point where her she became listless and I noticed a large lump under her chin and it started to affect her breathing. She has lots of loose fur and some wrinkles there as she is 14, so I didn’t notice the lump at first. I usually went for the ears when petting her.

So on that fateful weekend last summer, I took her to the VRCC and had her examined. It didn’t take long to confirm the doctor’s feelings, and they took samples and kept her overnight, so they could do a complete work up and give her support as her Cushings disease adds an element that prevents what they would normally give her to treat a lymphoma.

But it was that realization, having to leave her behind, carrying her collar and leash back to the car, that I found myself not wanting to think about her dying, but having to think about it anyway. I kept kicking myself for not noticing the signs and symptoms earlier. When I picked her up the next day, her tail wagging, from the IV therapy, I realized that while I may have brought her in later than I think I should have, the important thing is that I did bring her in and got the wheels in motion to put her back on the track to recovery.

As it turns out, Kyla underwent chemotherapy a few days later and responded so well, that her lymph nodes went back to normal and she wound up in full remission rather quickly, with no side effects. Since then, almost 10 months ago, she has gone in and out of remission, and has had a good quality of life.

I cherish the things we do together, the walks, sitting on the deck, just being close to each other. I don’t know how much longer she has; I don’t really want to think about it.
I’m not kicking myself any more however. The next dog of mine in the future that has anyone of her symptoms, I’ll know what to do. Kyla has taught me so much.