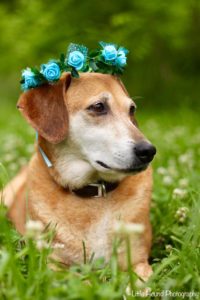 During a regular at-home lumps and bumps check, Peanut’s mom discovered swollen lymph nodes. This was the first warning sign that something was wrong. Peanut’s mom quickly took the next steps to see if cancer was the cause. Unfortunately, Peanut was diagnosed with lymphoma, but her mom’s swift action meant that she could start her journey to fight the disease as soon as possible.

FETCH a Cure encourages pet owners to regularly check for the early warning signs of pet cancer while at home. Like with humans, early detection is so important for a good prognosis. We’re wishing this spunky girl all the best as she continues her journey to beat cancer and are so glad we can help relieve the financial burden for her mom.

“I found Peanut early June of 2007. She was running down the middle of a country road in Powhatan, all alone. She was a baby at around 8 weeks old. She was covered in dirt and ticks. She actually had a little tick halfway embedded under one of her armpits. I took her home and we became instant best friends.

Fast forward nearly 13 years. I was petting Nut one night and doing a lumps and bumps check when I found the swollen lymph nodes under her jaw. I checked her other lymph nodes and found several more that were enlarged. I started to panic. All I could think about was lymphoma. I took her to work with me the next morning to do some fine needle aspirates. Sure enough, they came back as large cell lymphoma.

Despite Peanut being almost 13 years old, she’s still so youthful and full of life. The only thing that slows her down some days is some mild arthritis in her left hip. I don’t think Peanut is ready to give up and as long as she’s willing to fight, I’m willing to fight.” 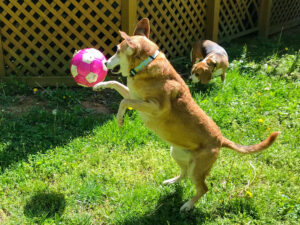 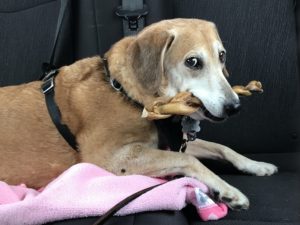 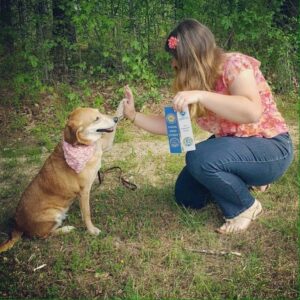 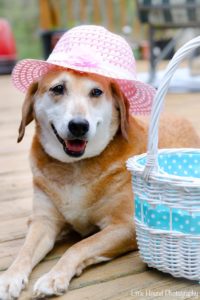