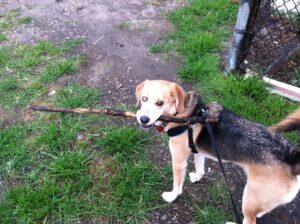 “Three weeks ago I found out my best friend has cancer.” (This was the start to a letter that FETCH a Cure received from a young college student). The vet told me that she has Lymphoma and would probably only live for two more years if going through chemotherapy. Of course I was willing to do this, she is only 3 years old and luckily I purchased health insurance for her but because I have to pay up front and then be reimbursed I am facing a very difficult problem. So far my father has been helping me and my pet financially but do not know how much longer he can as he is temporarily unemployed. 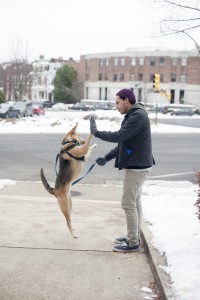 FETCH a Cure was pleased to be able to loan Frank money to pay up front for Belle’s chemotherapy. Frank had wisely purchased health insurance for Belle when she was a puppy and the insurance company paid for all of her treatment.

Update: Frank has been one of our best volunteers and has fostered several Pen Pals dogs and was a life-saver at our 2015 Pets on Parade Gala. As of this writing (March 2016) Belle was in remission and doing great!