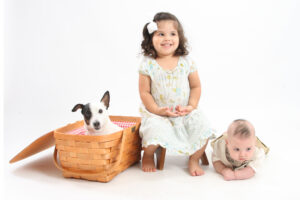 Boomer is a fantastic dog with lots of personality. It’s true that big things come in small packages. He came from a breeder in FL and fit in the palm of my husband’s hand (before we were “we”). He is tenacious like a textbook Jack Russell terrier but very loving, as well. He’s definitely Mr. Toughguy, unaware of his small size. He has tried to establish this alpha male domination, playfully, with horses so there doesn’t seem to be a limit to the size he will challenge. He is stubborn and will wait out anything and/or anyone. He loves car rides and finds that his perfect spot is on the center console. As strong as he is and as tough as he looks, he also has a soft side. He has year round allergies and he has to take Benadryl before any type of immunization of he has a bad reaction. He really likes toys and he doesn’t tear them up in minutes, like his seemingly adorable brother Teddy, a toy tazmanian devil of a poodle.

Boomer is older and has seen a lot, he can seem grumpier but only because he’s more mature. He has a very good heart. When I had surgery on my foot, he was my bedside nurse. He dutifully slept next to my foot as long s I wnted him to. When my brother in law came to visit and goofed around on my crutches, Boomer got very protective and chased after him, barking, until he put my crutches back, as if he knew they were my legs for the time being. He was also the door to my relationship with my husband. I used to have a little poodle named Mani and I asked my husband, then an acquaintance, to walk him for me while I was at work. Our dogs became friends first. Then we followed suit and one thing led to another. A year before I was pregnant with my daughter, our dogs were involved in a deadly dogfitght. Left in a shared yard with a neighbort, our neighbors let theier unsocialized German Shephard and Rottweiler into the yard which immediately attacked Mani and threw him round like a “ragdoll”, relayed the attending vet who was with him when he died. Boomer was surely next. I always thought he would be the one to get hurt in  fight, acting like such a macho man all the time, but this time, standing his ground may have saved his life. I can’t imagine how it much have hurt to watch your best friend die brutally, but I know how much my heart hurt from it. Boomer and I mourned together for months. It was clear that he was mourning, it could not have been mistaken for anything else.

Eventually, I felt the only way to heal our pain was to get a new friend and that’s where Teddy came in. Boomer loves his new brother, Teddy, but I can tell that it’s a different relationship than what he had with Mani. He’s very protective over all of us now and when I became pregnant, he gain attended my side, sitting right at my belly. If Teddy, very young and immature at the time, even looked like he was coming ner, Boomer let him know right away that is was against the rules. If I’m ever sad, he will come to my rescue. He makes me take breaks even when I’m slaving away, encourging me vocally and quite loudly sometimes that I had better throw a toy or take him out to go for a walk. He also play with the kids and let’s them hold his leash. Boomer has also been a volunteer dog with Fairfax Pets on Wheels, requiring behavioral evaluation and health certifications. I was so proud of how he handled the elderly when we visited their bedsides. He was such a trooper. That’s why we are willing to do our part to help save him, this time. Pay it forward. He deserves everything we have to give and more.