FETCH a Cure’s Pixie’s Pen Pals program is all about second chances. In 2010, Ms. Miracle was given her second chance after being rescued into this unique training and adoption program. Pixie’s Pen Pals works with local shelters and the Virginia Department of Corrections to provide hands-on socialization and training for rescue dogs. The program helps these at-risk dogs find their loving forever homes and offers an opportunity for offender handlers to learn valuable job skills and give back to their communities.

In April of 2011, FETCH volunteer Diana Taylor visited the Lunenburg Correctional Center to meet Ms. Miracle and fell in love with the timid pup. Just a few days later, Ms. Miracle’s name was officially changed to “Mila” (short for “milagro”, which is “miracle” in Spanish) and her life from then on was filled with light, love and joy. Mila followed her owner as she met and later married her husband, John Markowitz. Mila and John created an indescribable and unbreakable bond. He was truly her “Dad” and Diana her “Mom.” 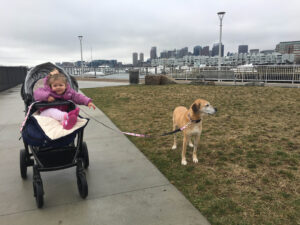 Both Diana and John ensured Mila was given top care and attention for her anxieties, but nothing cured Mila’s fear better than being off the leash, running free in a large field. Her life was full of adventure – accompanying her parents on their move from RVA to Boston, meeting new friends at dog parks in the “big city”, eventually moving to a seaside town north of Boston with a fenced in yard and beach to play on toward the end of her life. Mila lived to the age of 9 and was a wonderful big sister to Diana and John’s children. 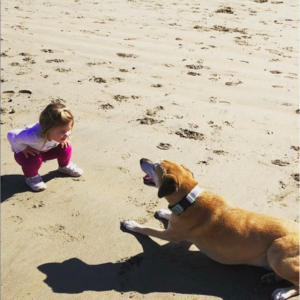 Given their education on canine cancer from FETCH, Mila’s parents were vigilant about getting Mila’s blood work examined twice a year to detect for abnormalities. Unfortunately, hemangiosarcoma is one of the most aggressive silent cancers that can only be detected through x-ray or ultrasound. Sadly, Mila passed away suddenly from the disease on 7.3.19.

FETCH a Cure is committed to the fight against pet cancer and to finding forever homes for at-risk dogs. Like Mila, our animals are our family. With your support, we can work to save more companion lives, and give families more time with their best friends.

Today, your gift to FETCH can go twice as far. In honor of Mila’s memory, her family will match your donation to our cause, up to $5,000. The Markowitz’s are forever grateful for the opportunity to rescue and help an animal in need and hope that through this campaign, others will be moved to adopt, donate or both. 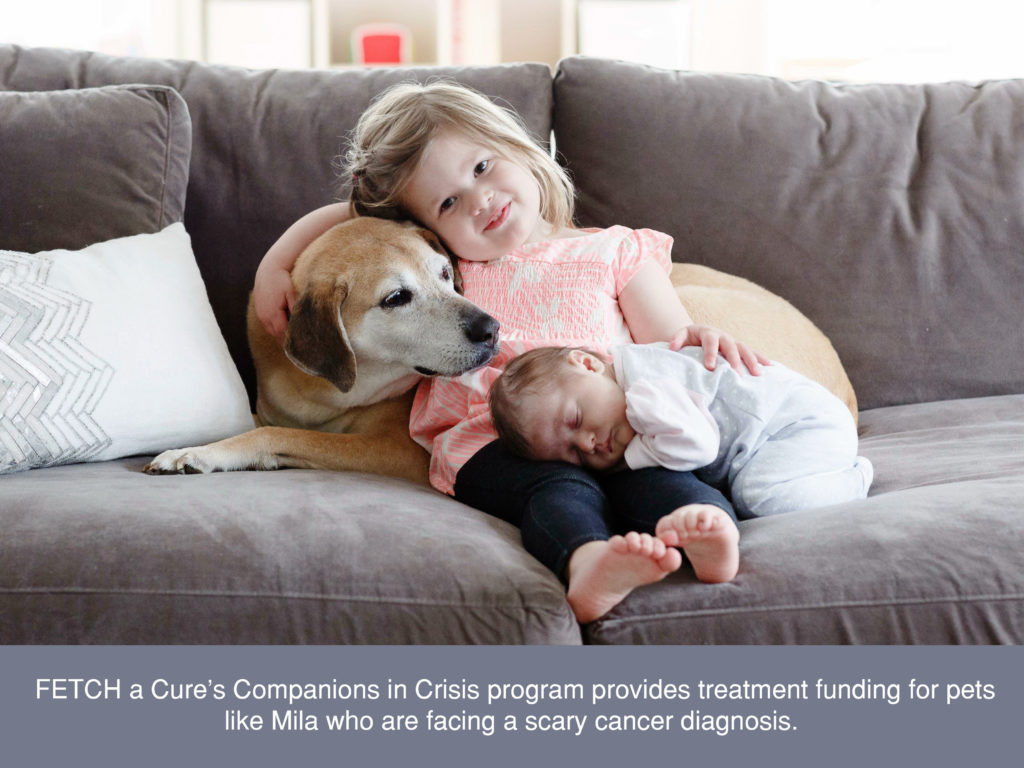 To learn more about FETCH a Cure’s Pixie’s Pen Pals and other lifesaving programs, please visit our website at www.fetchacure.org. Let’s give our companions the second chance they deserve.

The FETCH a Cure Staff